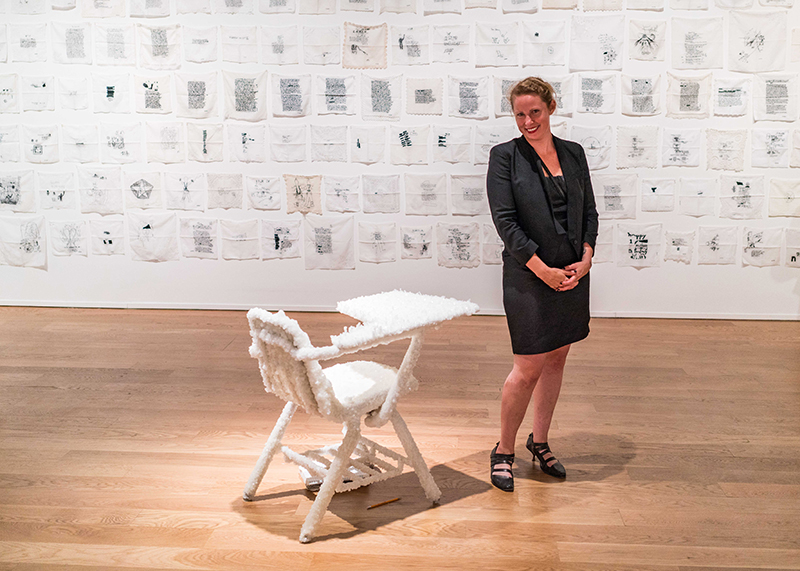 Artist Noelle Mason has been named this year's recipient of the Orlando Museum of Art Florida Prize in Contemporary Art. OMA’s Director and CEO Glen Gentele made this announcement on Friday, May 13, 2016 at the Florida Prize Exhibition Opening Party.

“The artists and what they produce is what interests me. The 2016 Florida Prize exhibition features a group of artists who individually and collectively are exceptional. I want to thank each of them for their contributions to the field; it is an honor to be associated with them,” said Gentele.

Guests of the opening party were invited to cast a “People’s Choice” vote that was combined with 3 juror’s votes. The three jurors of the exhibition were: Shannon Fitzgerald, Hansen Mulford and Theo Lotz. The “People” and the jurors unanimously selected Noelle Mason as the winner of the Prize. This year’s prize was crowdfunded by the guests of the ticketed party and raised over $12,000.

Mason was one of 10 Florida-based artists selected to participate in this year's Florida Prize in Contemporary Art, an annual invitational exhibition that runs from May 13 – August 14 at the Orlando Museum of Art.

“I was thrilled to join Hansen Mulford and Theo Lotz in the rewarding, but difficult task of making a decision to award one artist a prize in this compelling exhibition, especially considering the strong curatorial gathering in that each artist had rigorous bodies of work - as if 10 solo exhibitions unfolded,” stated Shannon Fitzgerald. “In discussion, all three of us were talking about Noelle's work alongside other artists for which each had a different positive response; the exchange brought about a thoughtful, firm, and then unanimous decision. Noelle Mason's work resonates in its nuanced transference of materials and contexts - and history and meaning - that has a visual impact that is poignant with a quiet gravitas.”

Theo Lotz said “I was struck by both the intellectual rigor and the aesthetic quality of her work. The objects themselves were very satisfying: beautifully made and poignant. I admire the consistency of her voice and her ability to translate that voice in various media. The work operated on multiple levels, and forced me to come back to it various times. It was an honor to serve as a judge for this important exhibition. The Florida Prize brings a spotlight to the diversity and seriousness of Florida’s artists.”

Mason is a trans-media artist who manipulates appropriated images, objects, and contexts to investigate and expose the subtle seductiveness of power facilitated by systems of visual control. Born in 1977 in Chula Vista, California, Mason received her MFA from the School of the Art Institute of Chicago, and her BA in Studio Art and Theatre from the University of California. 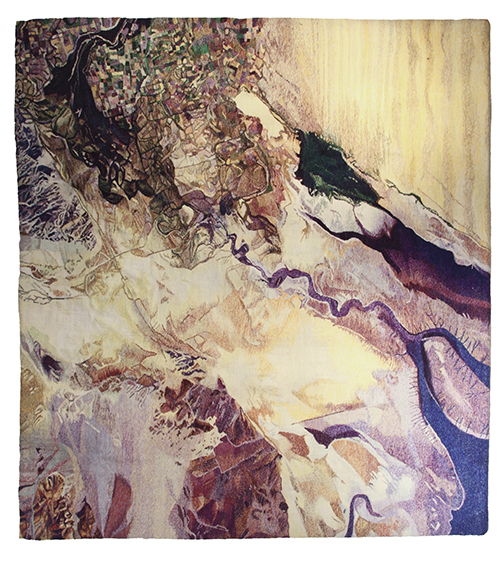 She was a participant of the Skowhegan School of Painting and Sculpture Residency Program, and is the recipient of the Joan Mitchell Foundation Painters and Sculptors Artist Grant and the Illinois Art Council International Artist Grant. Mason has exhibited nationally and internationally in a variety of non-traditional spaces, galleries, and institutions including the Ybor City Campus Art Center; Thomas Robertello Gallery, Illinois; National Museum of the American Indian, New York; and Urban Institute of Contemporary Art, Michigan. Her work has been reviewed in The Miami Herald, The New York Times, and Chicago Reader. She is currently an Associate Professor at the University of South Florida in Tampa.

“Noelle Mason’s weavings and embroideries present striking incongruities between their domestic crafts aesthetic and the chilling imagery they depict. Mason’s work investigates the nature of contemporary surveillance technologies and the impact of its ubiquitous presence in society. She challenges the widely held notion that such visual data is a truthful and value neutral record. Instead, she proposes that these technologies are inherently dehumanizing for both the subjects being recorded and for viewers who internalize its content,” said Hansen Mulford.

This is the third year that the Orlando Museum of Art has held its Florida Prize in Contemporary Art. The purpose of the exhibition is to bring a new level of support to Florida's most progressive artists by recognizing their contributions to the field and their impact on the cultural vitality of Florida. Technology and human geography are among the recurring themes examined by a number of this year’s artists. Some examples include mobile applications used by Matthew Roberts to create augmented reality experiences dependent on user location and video by Sergio Vega that explores an early Spanish Colonial author’s theory that the Garden of Eden was located deep in the Amazon River basin. These and many other works reflect the diversity of ideas and concerns that are brought together in the Florida Prize exhibition. Last year's recipient of the Florida Prize was Miami-based artist Farley Aguilar.